To Weave a Portrait of an Early Leader in the Southern U.S. Labor Movement

In 2001, reporting the status of Alabama's Women in Labor, UAB says, " Alabama has produced its share of dynamic women labor leaders, including the legendary Eula McGill of the Amalgamated Clothing and Textile Workers Union (ACTWU, which later became UNITE)." 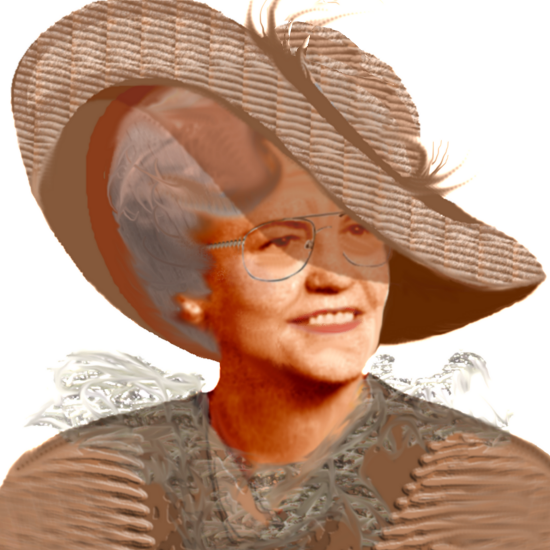 Biography of a Bold Woman

If you have stories of personal experiences with Eula McGill, please share with us. Email your story along with a way to reach you by telephone and snail-mail. We will give you credit, or withhold your name if you desire. This website is being developed by Eula McGill's grand-niece, Maribeth C. Yarnell. Under development — Coming Soon! snippit notes

Eula McGill, born in 1911 in Dalton, Georgia, was a member of the Women's Trade Union League and the Amalgamated Clothing Workers of America. She was an organizer in the Southern textile factory worker movement of the 1930s.

"[...] moved by Eula McGills strong, clear voice assessing the strikes failure and asserting, 'You get a little stronger even if you fail.' ":

http://historymatters.gmu.edu/d/4953/ 4jul06
Eula McGill, a well-known white union organizer and activist, explains in her own words the rationale for including her interview in this...

Interview with Eula McGill, December 12, 1974. http://docsouth.unc.edu/sohp/G-0039/G-0039.html You can choose to download or listen to an .mp3 interview or read the text. There is loss of audio at one point, and the transcript is lost there as well.

[We have reprinted some article text for fear of loss due to being deleted by the original host.]

Jacquelyn Dowd Hall, Spruill Professor of History and director of the Southern Oral History Program at the University of North Carolina at Chapel Hill, talks about Eula McGill

With An Ear Toward History

By Anne Blythe
Reprinted with permission from The Chapel Hill News.

Jacquelyn Dowd Hall was in Alabama for a human welfare conference last fall when a woman in her 90s, decked out in fashionable garb, stepped toward her.

Right off the bat, Hall recognized Eula McGill, an organizer in the Southern textile factory worker movement of the 1930s, whom she had interviewed in the late 1970s.

"There she was dressed to the nines, with this big hat on, and high heels, still a woman of just this immense presence, and she came up to me and spoke," the director of the Southern Oral History Program recalled recently. "And I hadn't seen her in all those years. It was just thrilling to see her still going."

If you ask Hall, who has been at the helm of the University of North Carolina at Chapel Hill's oral history program for the last quarter century, which are her favorites of the hundreds of interviews she's done, the petite woman hesitates much like a mother being called on to rank her children.

Yet, when she thinks back on all the interesting people whose life stories she has heard, Hall ventures that she would list McGill among the most intriguing. However, her answer, she cautions, is probably influenced somewhat by the flattering reunion in the fall.

"I was interested in her as a woman who'd had an unusual career," Hall said on a recent Monday, while sitting in the living room of her Tenney Circle home. "Because of her work, she had lived in motels most of her life. I just couldn't imagine a life without one place to call home."

During the several hours the women talked in the 1970s, Hall found out that, as she suspected, life on the road had not always been easy for McGill; thus her interview revealed a softer side of the organizer that news accounts rarely touched.

Ta ra ra boom-de-ay-
ain't got a word to say,
they chiseled all my pay,
then took my job away.
Boom went the boom one day,
it made a noise that way.
I wish that I'd been wise,
next time I'll organize.

In her own words:

Captured voice interviews can be played in mp3 or streaming Real Media format. Archived at the University of North Carolina at Chapel Hill, as a part of their Southern Oral History Program, the project page is named Work and Protest: Interviews. You can link to the page, then search the page for Eula McGill. There are several voiced entries. You can listen to the first voice snippit in mp3 format here . Please be patient as the mp3 file loads onto your system.

You can download recordings and/or transcripts of 1976 interviews   [http://docsouth.unc.edu/sohp/G-0040-1/menu.html]   McGill became involved in labor activism and helped to organize a local union and general strike in 1934. Following that, she moved up in the ranks of the labor movement as a labor organizer. She emphasizes her work with the Women's Trade Union League

UAB CLEAR, a center of UAB School of Business

UAB's Center for Labor Education and Research presents 2002: The Status of Union Women in Alabama.

Alabama has produced its share of dynamic women labor leaders, including the legendary Eula McGill of the Amalgamated Clothing and Textile Workers Union ...

CLEAR designs and presents university level education programs for organized labor. Each class provides the information and skills union leaders need to more effectively represent their members. Classes are tailored to meet the needs of each group.